A Trattoria on Via San Giovanni sul Muro.

There’s a rather secluded Trattoria on Via San Giovanni sul Muro. One of those that once was easy to find in Milan; you could recognize them from the chequered tablecloth and  wine in the glass canters. It lies on the upper floor of a quite anonymous bar. You have to walk up a steep wooden stair that isn’t inviting at all. Before putting one’s foot upon the first step, the most experienced ones raise their heads to make sure anybody else isn't coming down. You reach your goal slowly and cautiously step by step. The landlady, or the “sciura” as the most affectionate habitués call her, seats you at the table, though you definitely must wait for her to do it, otherwise you might be getting into troubles. She has an energetic character, I would dare say straightforward, and quite rough at times, but those who want to come to this place have to comply with that. A few days ago, exactly last Thursday, I had the opportunity to meet with Daniele Ravenna at the Trattoria.

He and Felix Humm are Fred Iltis’s friends. They conceived, studied and did everything about what’s happening with the photographer’s work.

Once we were seated by the sciura, I could finally ask my guest, or at this point I should say my friend: “ Daniele, don’t you think it’s about time to start saying something to our bloggers?”

“Yes, I think I may want to do it. The whole idea of bringing more people to know Fred Ilits’s work, starting with a photo show, originated from the memories that we conserved from thirty years ago. Those memories inspired us. We had lost contact with him, but we did still remember the photographs that he kept in the basement below the wooden house where he lived in San Jose, California. A very similar house to many others in a suburban neighborhood that today has become quite central. For sure the atmosphere is rather different from the memories of my first journey. Today the neighborhood is populated by mexican-american families that replaced the previous Italian immigrates. On Lick Avenue where Fred lived, there used to be a cannery until few years ago where they made peeled tomatoes, one of the Italian specialties.” “Did you taste the peeled tomatoes?” I asked Daniele. He smiled slightly turning his face to the right and touching his moustaches with his forefinger “Well, I didn’t”, he went on, talking about the origins of the neighborhood.  “Josie, Josephine Cali, the one hundred year old who lived on the other side of the road, knew only a few Italian words, and many Brooklyn slang words of the “broccolino” talk that was typical of Brooklyn; they said “u baccause” (the back of the house) for  “bathroom”, because toilets in the immmigrates slums was in the back.” At that point Daniele got silent and looked astray. His thoughts were lost for a moment beyond the paintings on the opposite wall. “But that’s another story. Let’s go back to Fred in San Jose, California. Down below in his basement where he developed the negatives in an old bathtub and where he printed, using a slow and complicated process.

Fred was a biology professor at the university, he had earned his Ph.D. in entomology at U.C. Davis; he was a guy wih his own rules, apparently rational, like a scientist can be; he deeply knew nature.” Daniele went on with a smile “When you followed him out, walking his dog Lobo, he kept stopping at each plant or bush that drew his attention and started talking about them. He rarely spoke about his photos, he had a sense of modesty and discretion, a sort of jealousy.” I interrupted him “Now let’s talk about his photos. Sure the blog was recently opened, but the editors, Mattia and myself, haven’t written anything yet.”

“All right. His photos. Many of the shots were from his journeys in Mexico, ‘south of the border’.

He rarely shot ‘stolen photos’. He liked to talk with people first, he tried to know them, to overcome the distrust of those who watched the unknown traveller arriving at their own small town or village in the middle of nothing. Whoever will be that gringo who’s hanging around with a camera? Fred did the best he could with his Spanish. He introduced himself, he collected informations; he might come back on another day. So you can understand the portraits, specially those of the women, the most reserved and shy facing a camera, carrying their bundles, and their everyday’s worries, and their children.

In my opinion,Fred was an American who had never stopped thinking like a European from Mitteleuropa. He was born in Czechoslowakia and was a kind of an alien in a country that had never completely become his own, maybe because he’d never chosen it, having been a refugee who had arrived to the United States at the age of 15. He was a pessimist and he may have had good reasons to be like that; his disillusion was smoothed by the gentleness of his wife Julia, who softened the disciplined attitude of a character that had a natural bent for analysis (after all he was a biologist).

He also and specially was allergic to injustice and he was conscious of the discrepancy between the basic principles of the founding fathers of his new country’s constitution and their fulfilment in reality. He had an aversion to “gleichgestaltet” thought, the German definition he used for the equalized wavelength of thought which is typical of totalitarian regimes, where everybody has to listen to one voice, one program only.

He had a great sense of hospitality. We met then, in very much open minded times, that’s for sure, but that doesn’t mean everybody was like that; he accepted people as they were, smoothing down his kind of earnest approach…If he hadn’t been like that, we would have never met him.”

The spaghetti with meatsauce had arrived and the interview was over.

Now I can write that we know a little more about Fred, and that our discovery voyage has stepped a bit further.

Before concluding I’d like to break news with a flash that has already been anticipated in one of the received comments. Soon in November we’re going to have here in Milano from Salinas, California, a person who knew Fred very well: Diana Borrego Martinez Gonzalez.

I’m looking forward to being back to you with more news, or even better, to having her directly tell more stories about Fred.

I often close my articles saying: Milano does exhist! This time I can even more say so! 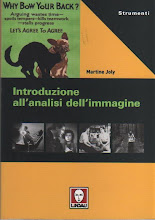